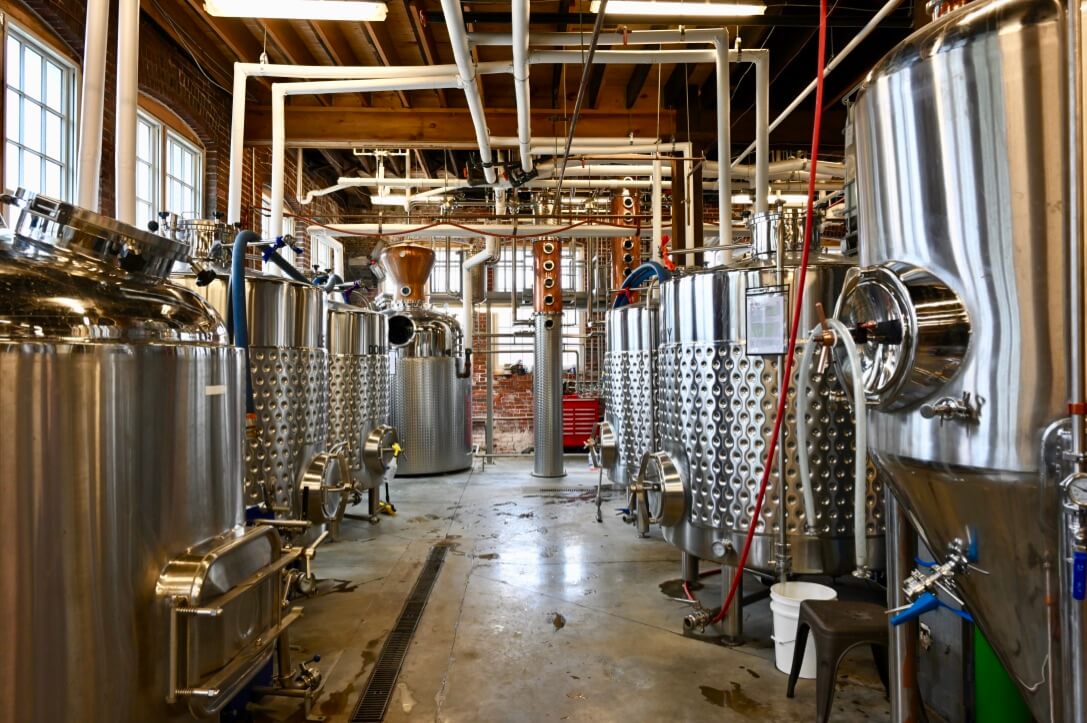 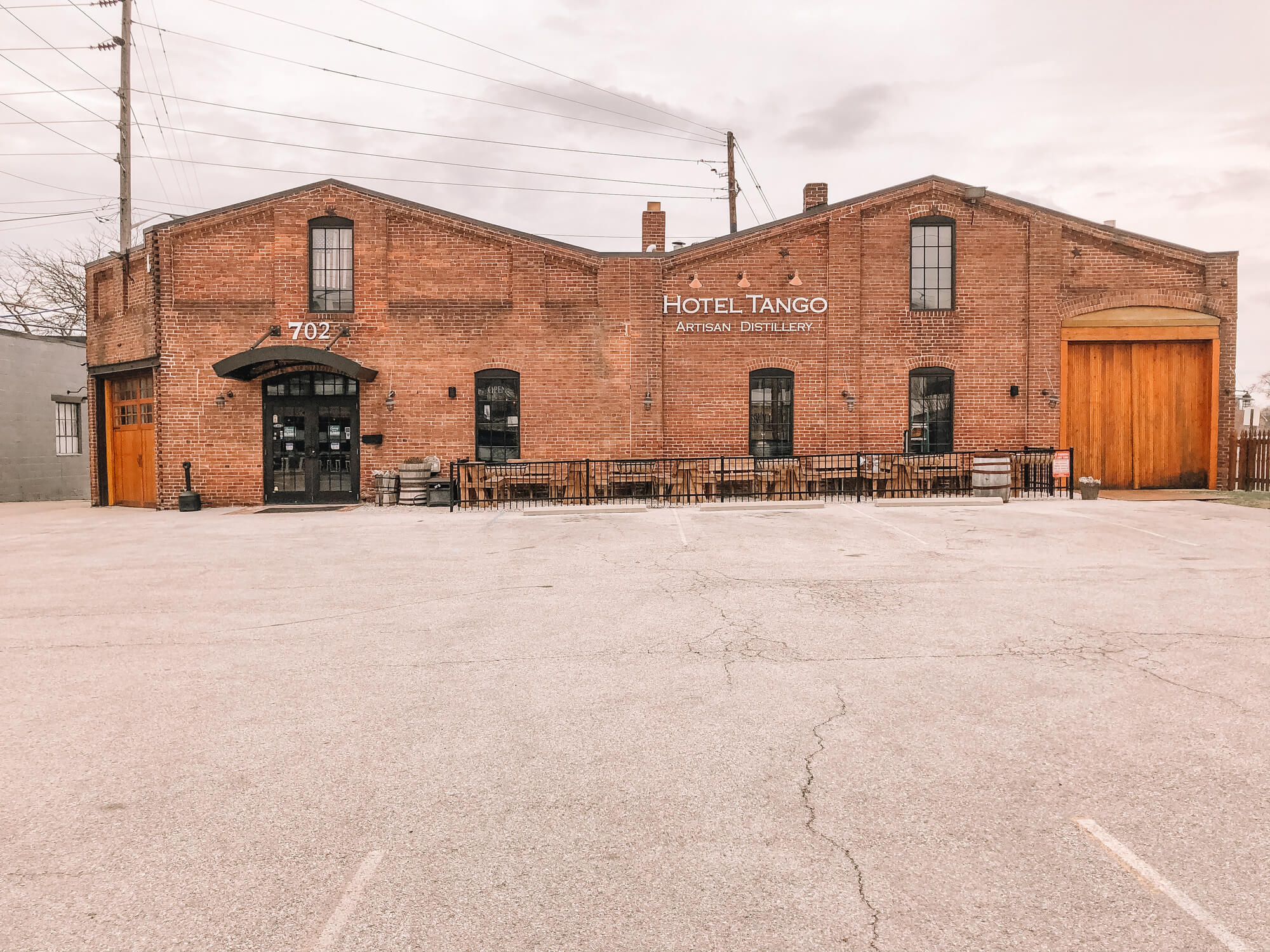 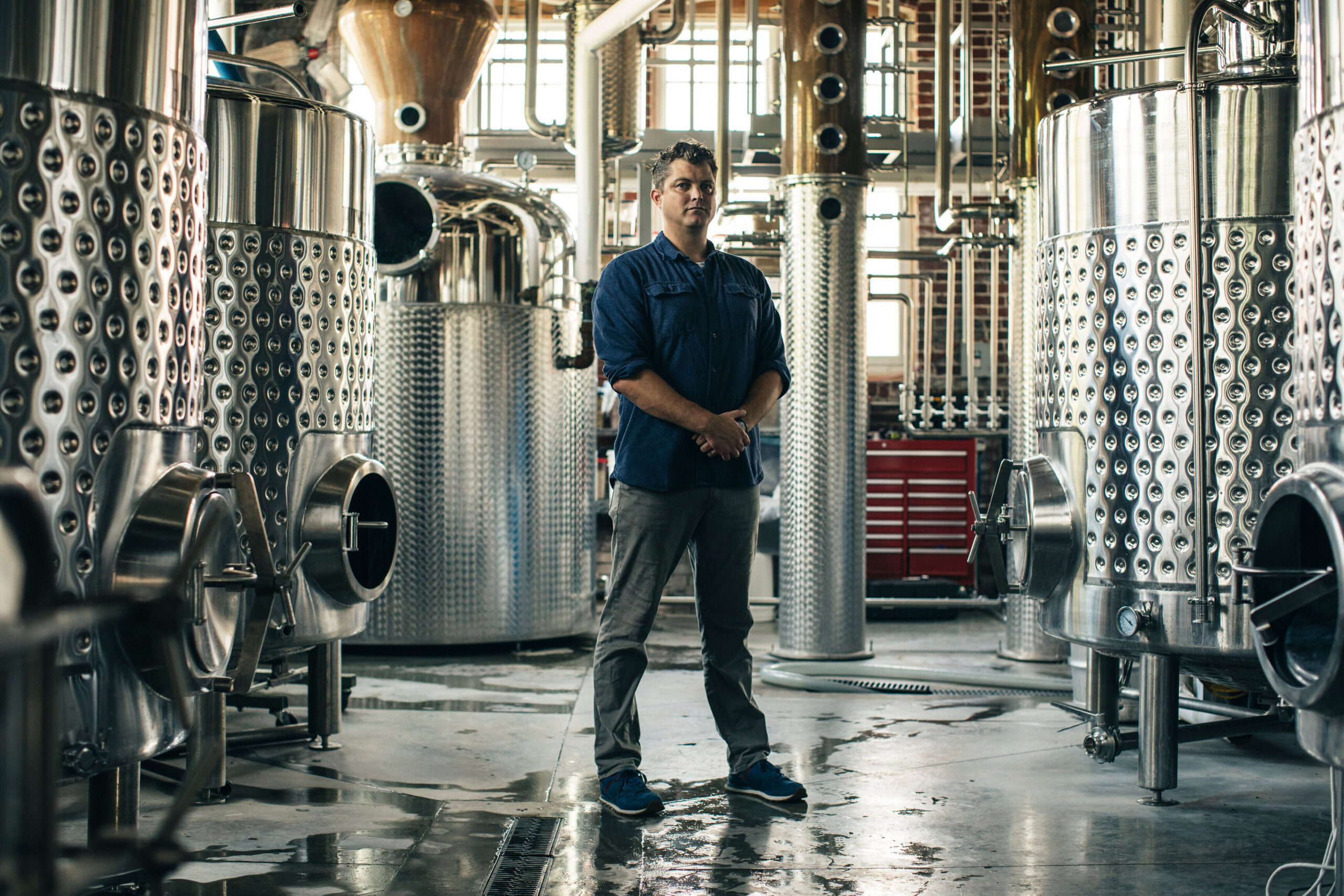 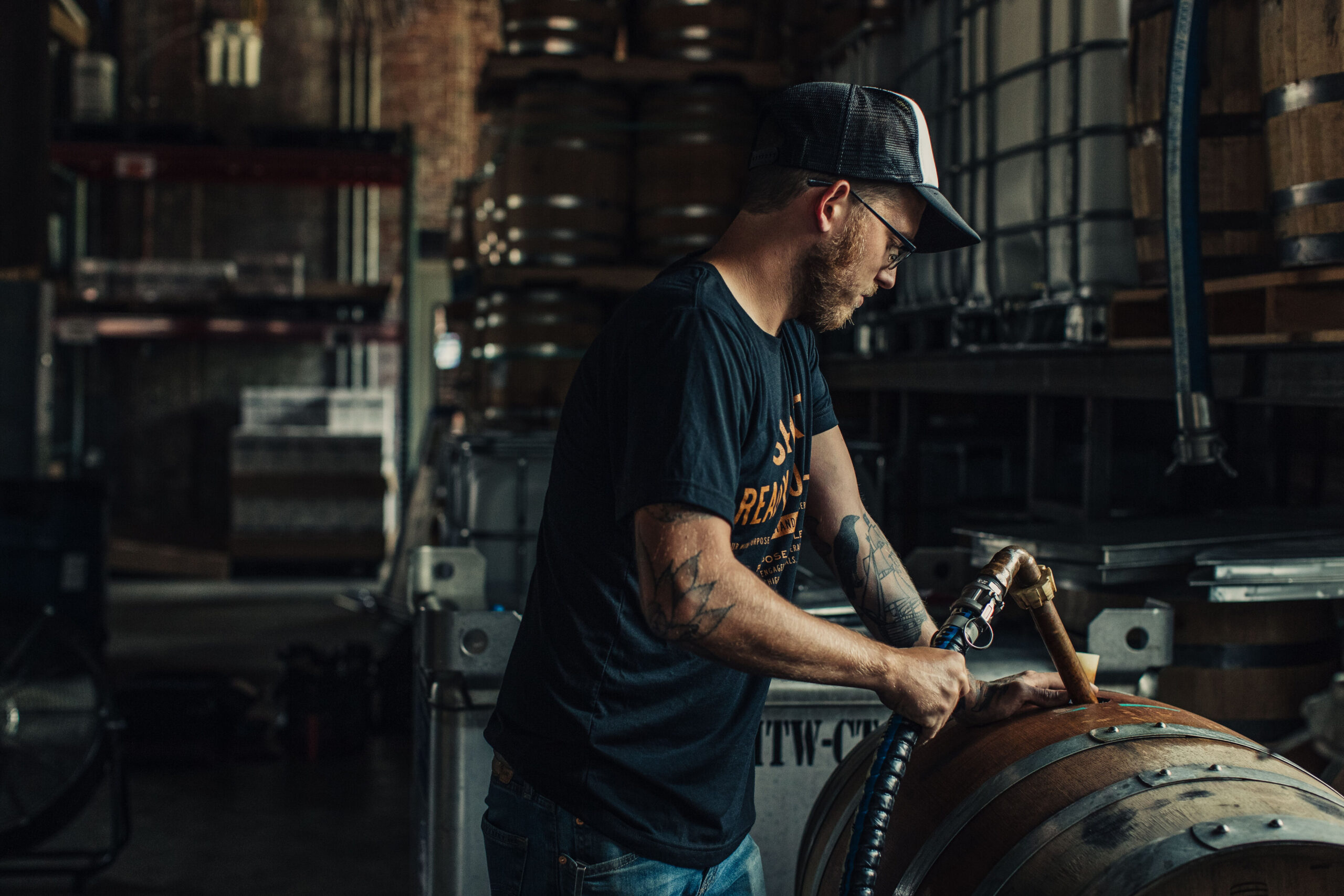 Founded in 2013 by Recon Marine veteran Travis Barnes and his wife Hilary, Hotel Tango is a veteran-owned and operated distillery. We’re also one of the fastest-growing, from just two employees in 2013 to over 100 today.

The company was born not only out of our founders’ passion for distilling, but also their desire to create a space (and a brand) that’s welcoming to all comers who want to have a good time while enjoying high-quality spirits. And you can see this same attitude in our dedication to creating an inclusive environment for workers, stakeholders, partners and consumers.

Through it all, we remain committed to delivering on our promise: Guaranteed to elevate morale.

The story of Hotel Tango starts on April 14, 2002, when Travis Barnes, profoundly affected by the terrorist attacks of September 11, enlisted in the U.S. Marine Corps. He traveled 2,000 miles to Recruit Training and School of Infantry (a.k.a. Boot Camp) in Southern California. He was eager, anxious, scared and determined when his training began. At Boot Camp, Travis quickly learned that there is only one acceptable way of doing things: the right way. Tying his boots, folding his shirt, cleaning his rifle —— he performed all of these tasks again and again, until they were hardwired into his muscle memory.

He went without sleep for days at a time, marching into the ocean to stay awake. He learned a new standard for precision —— and a new degree of fortitude. He finished training and was assigned to the First Reconnaissance Battalion, Company A, First Platoon. He was then sent to Iraq. Travis served three tours in Operation Iraqi Freedom. He saw extensive combat, and his missions included knock-and-talks, IED interdiction, ambush/counter-ambush, and direct-action raids on High Value Targets. He served as a Team Leader in Charlie Company, Second Platoon during his third tour. He learned the importance of surrounding yourself with people you can depend on.

Travis rose to the rank of sergeant and received multiple combat action medals and citations. He was also hit by several IEDs during his service, resulting in Traumatic Brain Injury and Post-Traumatic Stress Disorder. He was given an Honorable Discharge and re-entered civilian life. Travis went on to attend and graduate law school. He met Hilary, his future wife, and married her in August 2012. He began making whiskey, applying the same rigor, precision and unwavering commitment he had learned during his time serving his country. His whiskey was a resounding success, and he wondered if it was good enough to build a company on. With plenty of encouragement, Travis, Hilary and some friends started Hotel Tango in 2014. To honor Travis’ military service, they named it based on the NATO phonetic alphabet —— Hotel for Hilary, Tango for Travis. Surrounding themselves with exceptional people at every level, they focused on crafting equally exceptional spirits, spirits that reflect Travis’s exacting standards, spirits that are fit to serve —— and made to share. The distillery’s spirit line includes Reserve Bourbon, Bourbon, Straight Rye Whiskey, ‘Shmallow, Vodka, Gin, Rum, Lemoncello, Orangecello and Cherry Liqueur. Today, Hotel Tango distributes to retailers in 23 states and over 120 military bases, operating three tasting rooms located in Indianapolis, Zionsville, and Fort Wayne, all in Indiana. Visit hoteltangodistillery.com or follow them on social @hoteltangodistillery for more information about Hotel Tango Distillery, spirits, locations, and events.