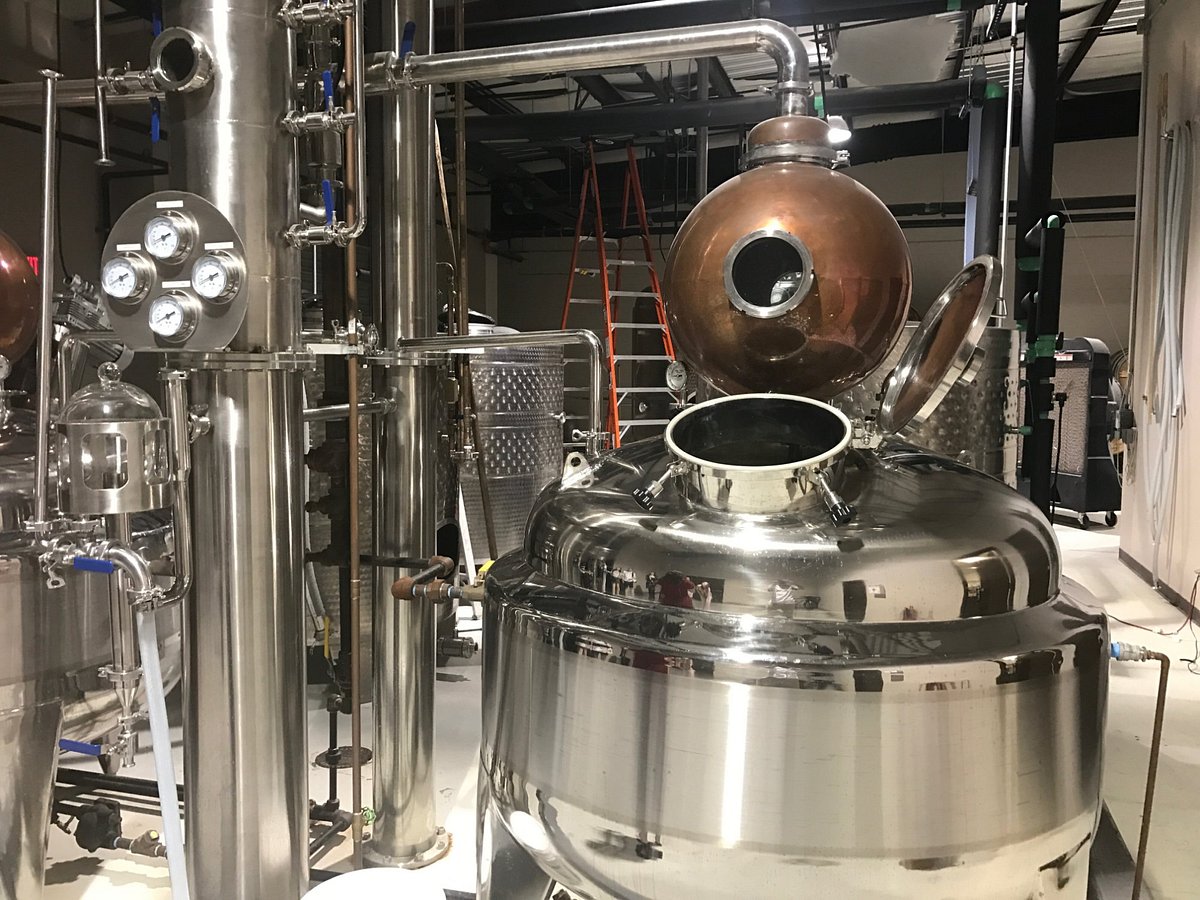 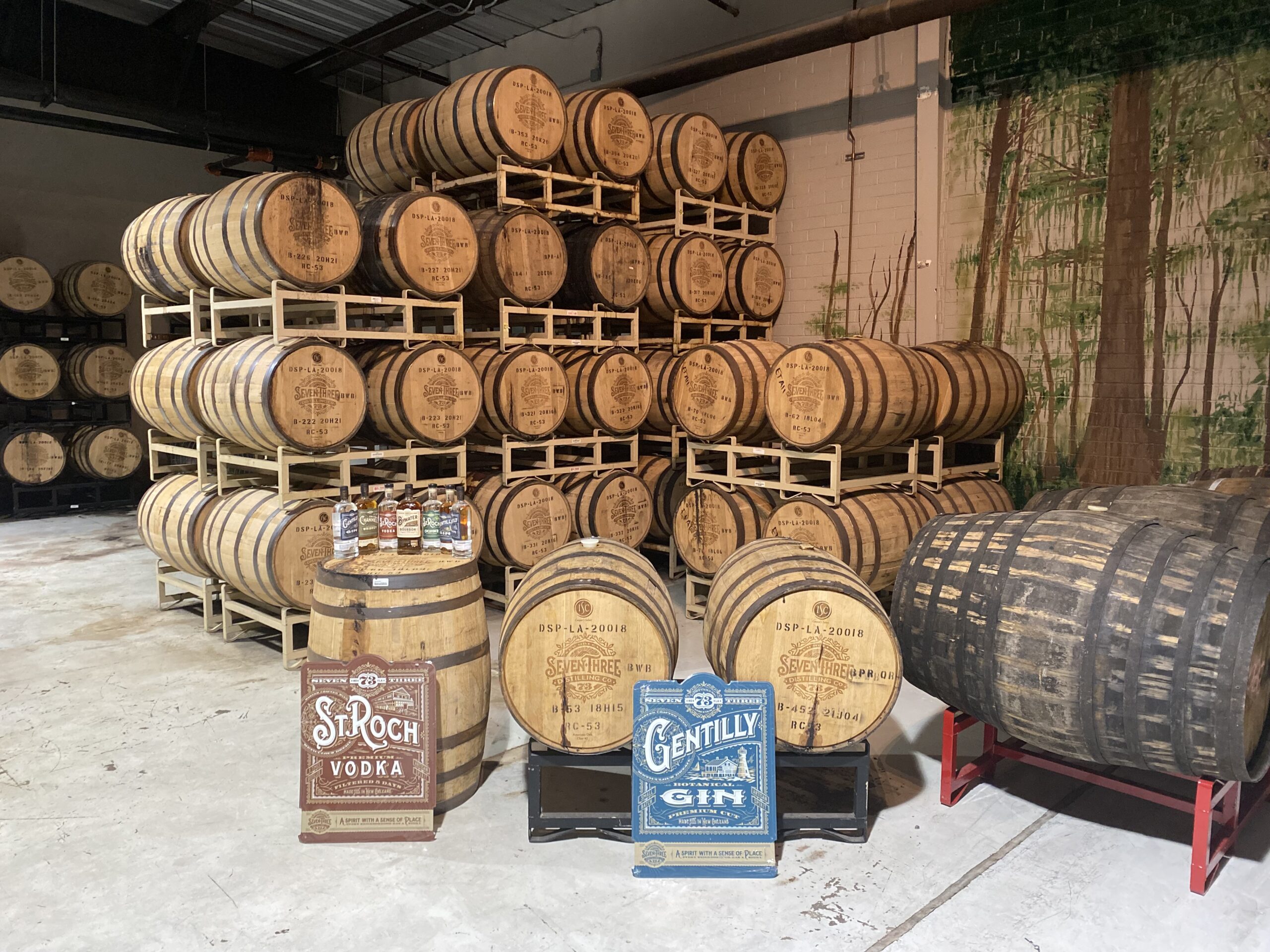 Born on the border of the Plum Orchard and Little Woods neighborhoods of New Orleans, Seven Three Distilling Co.’s owner Jeff Rogers has deep roots in New Orleans and southern Louisiana. Early on, he found his passion on the Pearl River and wanted to promote those experiences of Louisiana’s natural canvas with visitors from all over the world. What started as a one man, one boat operation became Cajun Encounters, the area’s foremost leader in swamp experiences and eco-tourism.

Along the way, Jeff gained the respect of the hardest workers on the waters in the marsh, those who made their living fishing, crabbing, and whatever other means necessary that had been learned over many generations. From his constant presence on the river climbing trees, taking pictures that would become lifetime memories, it was evident to everyone how much pride Jeff had in delivering the best possible experience for his guests. Simple everyday conversations with locals on the back bayous became the foundation for a new vision on how to share the unique culture of our city and region. Winks and smiles to what may lie under tarps in flat boats to stories of secret meetings deep in the swamp generations ago – and maybe still every so often today – ignited another venture to navigate the murky waters of distilling in none other than the home of the cocktail.

With nods to the famous 73 neighborhoods of New Orleans, Jeff, with his wife Mary Anna, created Seven Three Distilling Co. and its upscale brands including Irish Channel Whiskey, Gentilly Gin, St. Roch Vodka, and Bywater Bourbon. Spirits with a Sense of Place is not just a slogan but a true connection with the city and region that mean so much to the Rogers family. With that same passion and excitement started in a single boat telling the history of the swamps, Seven Three Distilling Co. will help share the pride of the Crescent City, the genuineness of the people, the unique culture that leaves every tourist feeling like a local, and the continuation of why cocktails just taste better when made in New Orleans!

Why the Name Seven Three?

The Crescent City was an ideal port location located 100 miles from the mouth of the mighty Mississippi River and the Gulf of Mexico. Originally founded by the French, New Orleans was also ruled by the Spanish before being included in the Louisiana Purchase of 1803. One of the most instrumental moments in early American history was the Battle of New Orleans during the War of 1812 – a pivotal turning point for the United States’ defense and eventual victory over the British. As the city progressed into the 19th century, its port was an access to the Caribbean, South America, and the entire continent of Europe making in a true global city that would become the birthplace of jazz, Mardi Gras, and of course, the cocktail.

With that history, it is not hard to see why New Orleans is one of the most culturally unique cities in the world, a melting pot where people across all demographics are considered one. And even if you aren’t born here, you can easily become a native New Orleanian. Because if you love the city, the city will love you right back.However, New Orleans doesn’t give the impression of one singular city but that of a collection of distinctive neighborhoods. Truer words couldn’t be spoken. While New Orleans has been a city on a map for over 300 years, it originally was a group of neighborhoods each with its own feel, identity, and pride. Seventy-Three of those neighborhoods to be exact. Ask any New Orleanian where they are from and you won’t get the standard answer but a glimpse into their origins and which part of town they represent.

Ironically, or not really if you know the city, politics stirred up the tradition of these faubourgs – French for neighborhoods – by making them “official”. The 73 neighborhoods have traceable elements back to the early 1900s with possible creations for the U.S. Census Bureau. “Census Tracts” were also founded by New Orleans’ first City Planning and Zoning Commission in the 1920s. But in 1974, then Mayor Moon Landrieu utilized the services of an architect firm to clearly define the boundary of each neighborhood in order to qualify for federal grant money. The debates on the accuracy of these rigidly mapped areas have raged ever since given tradition and generational understanding of each neighborhood. For every New Orleanian has their own meaning of the neighborhood where their family resides and no map will truly be able to give the correct answer for us all.

So the question still remains, which neighborhood do you call home?