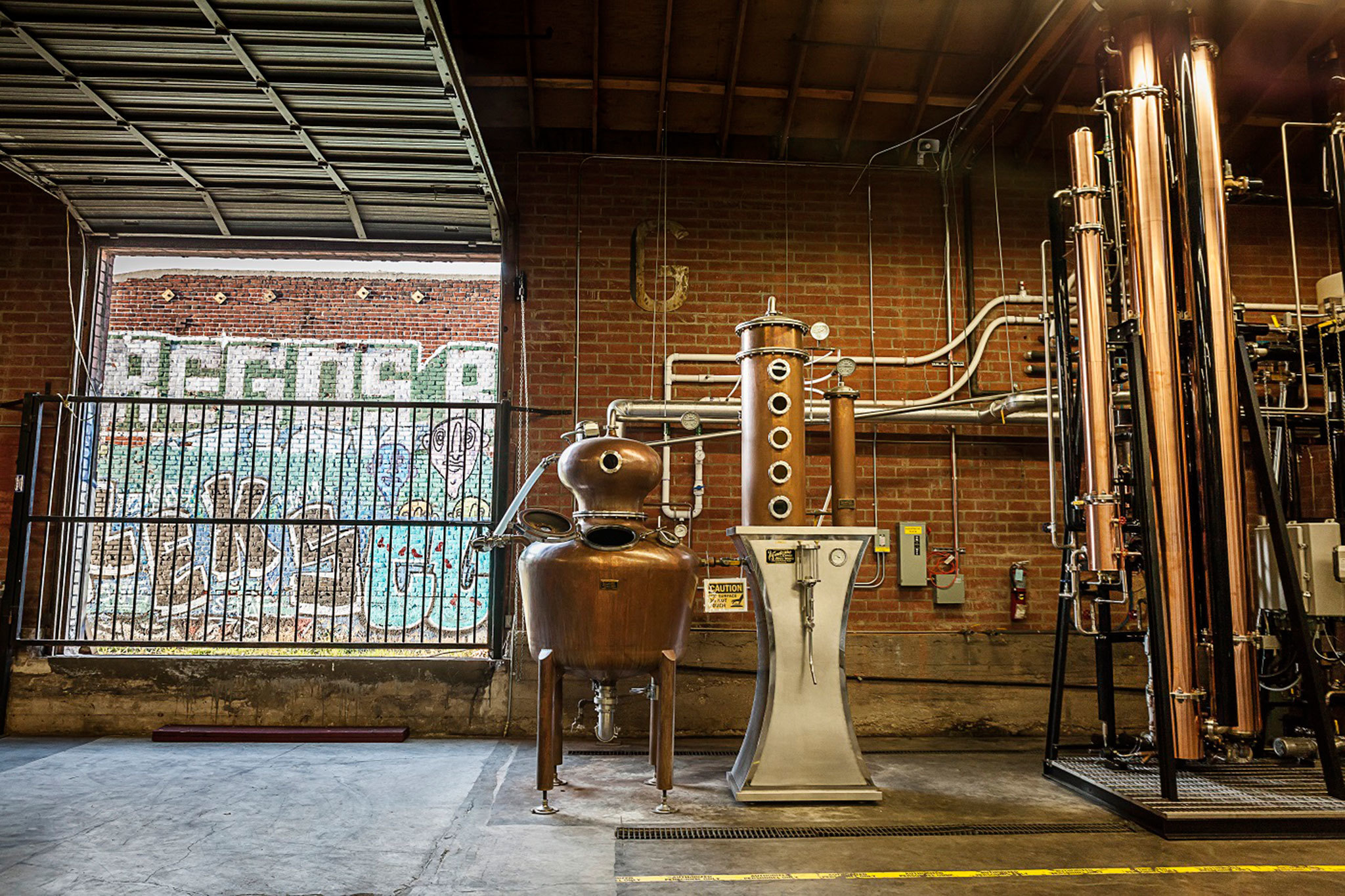 Greenbar Distillery, based in the Arts District of downtown Los Angeles, is the city’s first distillery since Prohibition. It makes the world’s largest portfolio of craft organic spirits, including alcoholic and non-alcoholic canned cocktails, vodka, gin, rum, liqueur, tequila, whiskey, amaro and bitters. Founded in 2004 by the husband-and-wife team Melkon Khosrovian and Litty Mathew, the company seeks to make better spirits for a better planet. Since 2008, the company has planted more than 1 million trees and helped make more than 17 million Americans carbon negative for a day.