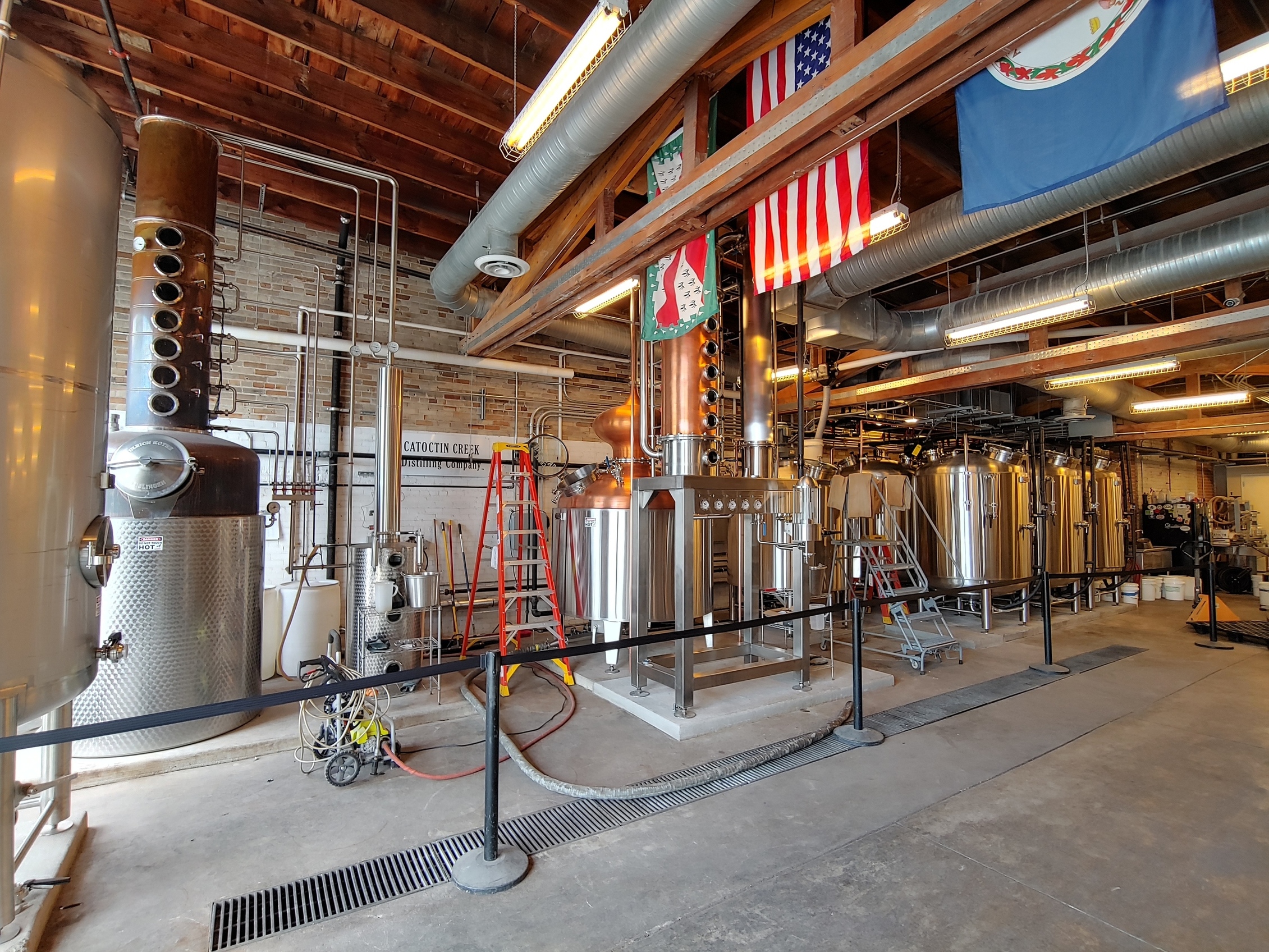 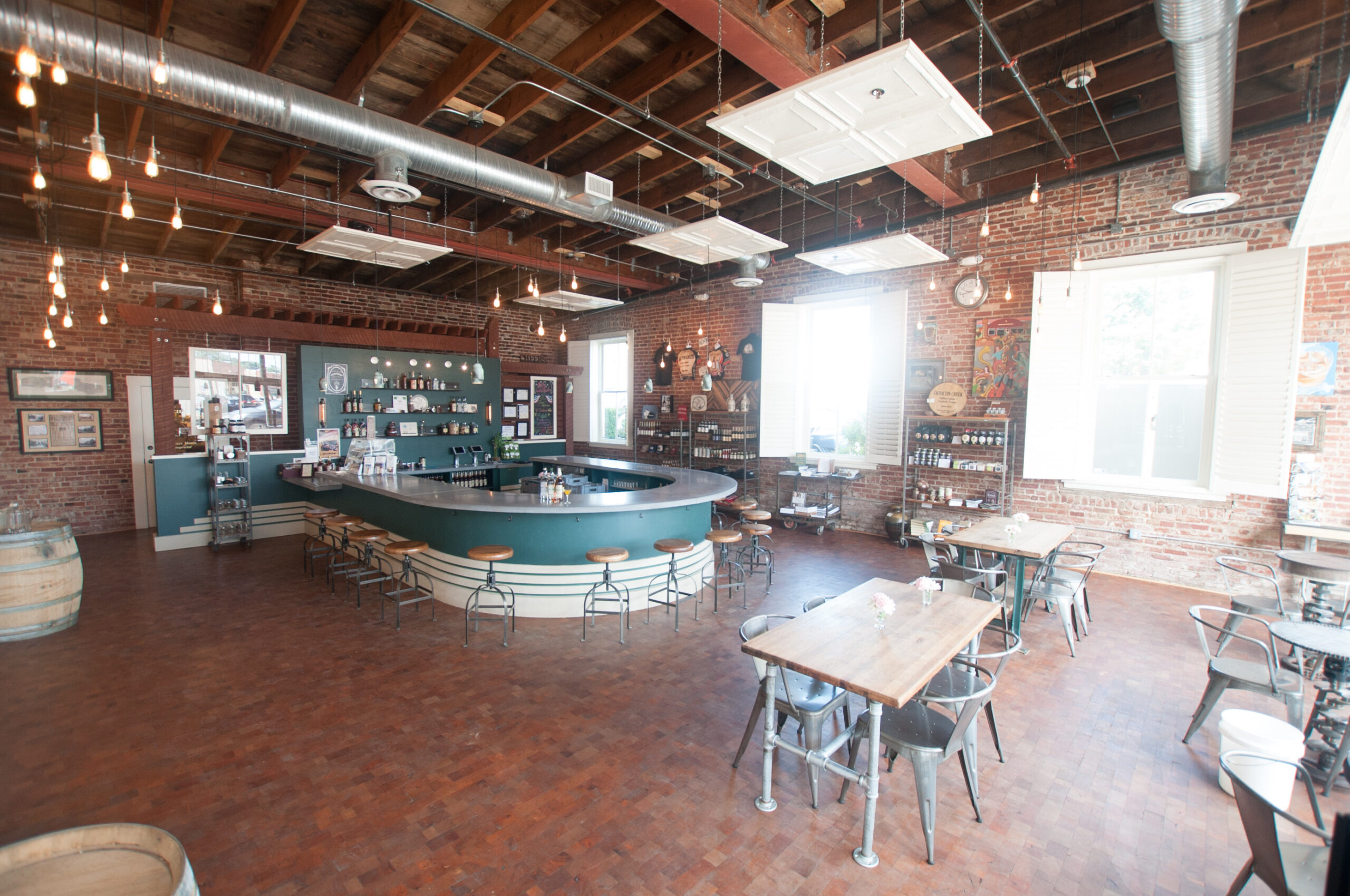 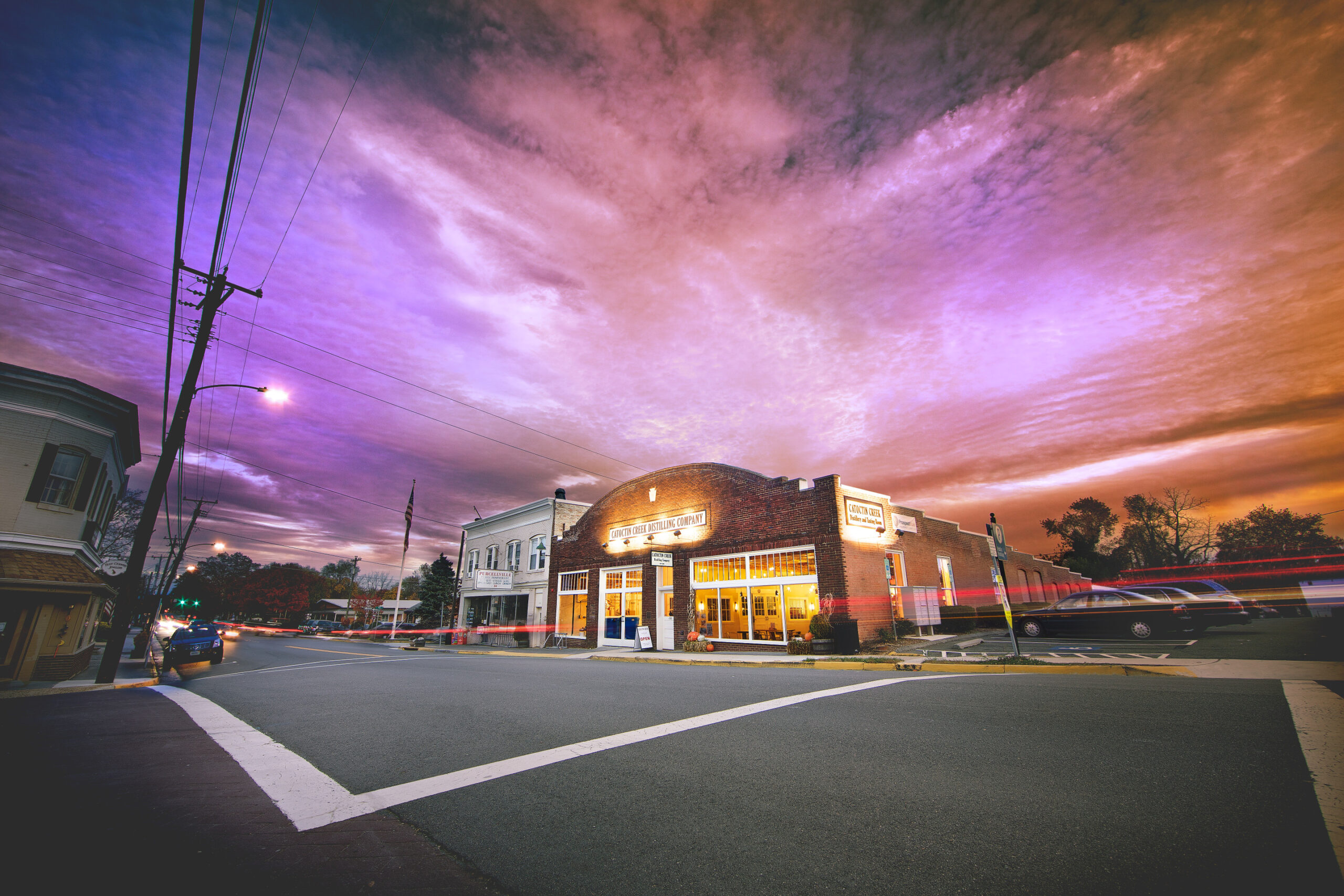 Catoctin Creek® was founded by Becky and Scott Harris in 2009 as the first legal distillery in Loudoun County since before Prohibition. We are located in Purcellville, Virginia, in the heart of the Loudoun Valley. Virginia is the birthplace of American whiskey, and at Catoctin Creek, we faithfully dedicate ourselves to that tradition, producing Virginia’s most awarded whisky—Roundstone Rye!

At Catoctin Creek, we believe in high-quality food and spirits. We source our grain and fruit from local sources, free of pesticides and chemical additives that would come through in the spirits we produce. The results are the finest, cleanest spirits possible, with the greatest attention to detail in every single bottle we produce.

The History of Virginia Rye
by Scott Harris

When colonists came to America, the first permanent British settlement was Jamestown, Virginia in 1607. (Over 400 years ago!) Immediately, during that time, colonists started making whisky from local grain, most famously (but not exclusively) by George Thorpe.

The style of distillation at this time was necessarily small scale… small home-sized pot stills using local grain and family recipes. Today, we would call this “craft” but back then, it was just one of the necessary chores of the family homestead or farm. [Ref: Every Home a Distillery]

The whisky of that time, predominantly made from rye–the local grain–was influenced by region, terroir and local practices. [Ref: The Practical Distiller (1804) by Samuel McHarry] As a towns- person, you could take your horse to a local farm and buy jars of whisky. This was common across the state on the small farm and homestead in the 1700s. That is why we refer to Virginia as the birthplace of American whiskey (well before the dawn of bourbon). In fact, when people started distilling corn mash into bourbon in what is today Kentucky, that land was part of Virginia! Kentucky didn’t become a state until 1792. So, we are cheeky to say it, but Virginia is also the birthplace of BOURBON! Elijah Craig was born and raised in Virginia.

Before the Revolutionary War, the most common spirit consumed in the colonies was rum. This was due to the high levels of trade between Great Britain, the Caribbean, and the colonies. Sadly, enslaved African people were part of this trade, along with rum, and were crucial to its production.

Everyone in the colonies drank rum, and lots of it. Men drank it; women drank it; children drank it. But it was more than just a drink. Rum was also used for medicines, tinctures, bitters, solvent, mouthwash and many other uses.

When the colonies rebelled against Great Britain and won the revolution, King George III was pissed. He cut off his supply of sugar and rum from the Caribbean. No more rum. This led to a huge, and industrial-sized growth in the next ten years of rye whiskey production. In places like Maryland and Pennsylvania, rye whiskey became big factory productions, and rye became the dominant spirit of the mid-Atlantic region, including Virginia.

After the revolution, General George Washington, now retired from the presidency, established a distillery on his farm at Mount Vernon in Virginia, not far from Washington DC. Washington had been, ironically, responsible for quelling the Whisky Rebellion in western Pennsylvania, a rebellion caused by the new national government establishing a new liquor excise tax to pay for the debt caused by the Revolutionary War. The rebellion was quelled, but Washington now had the distilling bug in his blood. He would found the largest commercial distillery during his lifetime, producing predominantly rye whisky.

As the country passed into the 1800s, the cocktail was invented (1804 is the first documented recipe for a “whisky cocktail”, later called the “old fashioned whisky cocktail” and later still called simply the “old fashioned”). The 1800s saw a huge boom in cocktails and whisky consumption, dominated mostly by the professional bartenders in New York City – and again, the key whiskey ingredient in those Manhattans, Old Fashioneds, etc., was rye whiskey, not bourbon. Rye was king on the east coast. If you were in the “frontier” (western states like Ohio, Kentucky, Missouri), bourbon was likely your whiskey of choice. If you were in New Orleans, you probably enjoyed mostly cognac. [Ref: Imbibe! by David Wondrich] This regional division in spirits remained the case until Prohibition.

And then Prohibition wiped it all out. 1920-1933. Thirteen years. This is a long time for any industry to survive a total and complete ban on its existence. Some distillers survived by producing prescription whiskey, but many closed forever. For example, before Prohibition, there were over 30 large factory distilleries in Pennsylvania alone. After Prohibition, there were none. And none remained until the first ones were reestablished in the early 2000s! 67+ years of nothing.

Back to Virginia – So it is this love of rye whisky, the history, the terroir, the spirit, that we celebrate with our Catoctin Creek rye whisky. What does it mean to be The Virginia Rye Whisky? It means we start in Virginia – our home – with local grain, always made from 100% rye, that is mashed and fermented on site, and – this is absolutely essential – distilled in copper pot stills, and then aged in Virginia and other white oak barrels, soaking up the bucolic Virginia climate while it develops flavor from the barrel. The final ingredient, natural Virginia spring water, is used to proof the whisky before bottling, adding another key piece of terroir (limestone and minerals in the water impart flavor) into the spirit. The result is a rye whisky that is authentically made using tradition and the finest agriculture that Virginia offers.